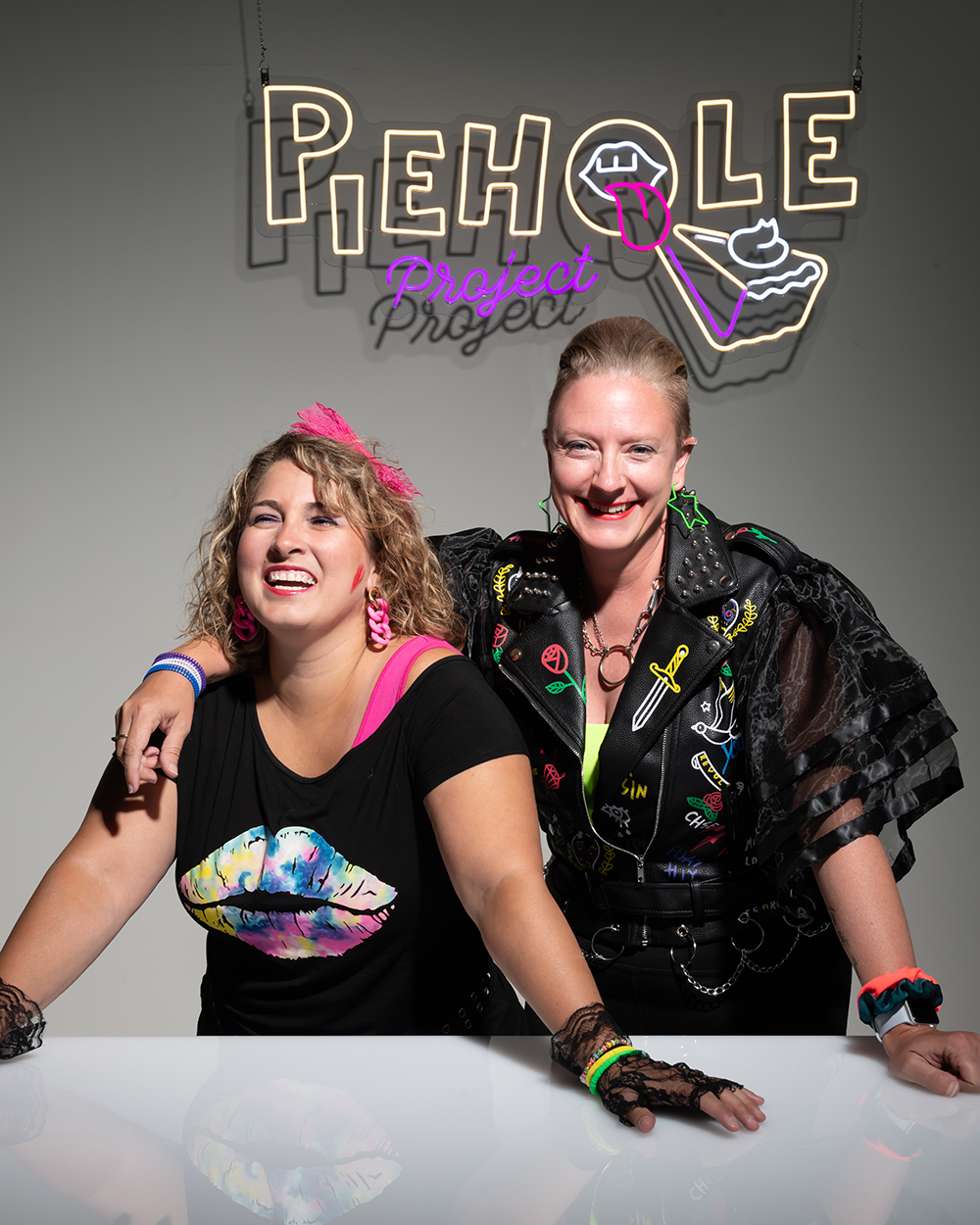 FestEvents Foundation was started by Alison Matis and Cheryl Weis, hospitality and special events professionals who own and operate FestEvents Group, an event planning and management company that handles some of Dallas’ largest food-related events and festivals. Piehole Project is the fundraising machine for FestEvents Foundation, a 501c3 created to raise funds for culinary students.

Piehole Project was launched in 2020 in response to a need to help develop a stronger workforce for the food & beverage and hospitality industries.  Both Matis and Weis are long-time members of the industry and saw an opportunity to give back to it by creating fun events that celebrate the industry while helping its future members.

Alison is the co-founder and co-owner of FestEvents Group, an event planning and production company that counts hospitality industry trade groups and some of Dallas’ most successful large-scale food-related events as clients. She is also the co-founder of FestEvents Foundation, a 501c3 organization that supports workforce development for the hospitality industry through fundraisers such as Piehole Project.

Alison earned her bachelor’s degree at the Culinary Institute of America at Hyde Park and her Master’s of Hospitality Administration at Ecole Hôtelière de Lausanne in Lausanne, Switzerland.

Alison has extensive experience directing hotel food and beverage operations.  She spent seven years with Hilton Hotels in increasingly advanced positions, including Director of Food and Beverage Operations and on opening teams for five new properties and the Conrad Hilton in New York City. While pursuing her graduate degree, Alison worked for Bulgari Hotels in Milan and Bali.  Alison served as Director of Food & Beverage at the Fairmont Washington, D.C. for two years and, in 2015, moved to Dallas and was hired to revamp the culinary program at Fairmont Hotel Dallas.

Alison met her husband, Chef Mike Matis, Chef de Cuisine at Fearing’s Restaurant, at the Culinary Institute of America. She and her husband are the proud parents of a daughter whose culinary tastes rival that of a French chef, and one beloved cat. Alison enjoys home gardening, exploring Texas as a non-native, eating out, family time, and drinking coffee.

Cheryl is the co-founder and co-owner FestEvents Group, an event planning and production company that counts hospitality industry groups and some of Dallas’ most successful large-scale food-related events as clients, including Chefs for Farmers, Park and Palate and the Dallas Arboretum Food & Wine Festival. She is also the co-founder of FestEvents Foundation, a 501c3 organization that supports workforce development for the hospitality industry through fundraisers such as Piehole Project.

Cheryl earned her Bachelor of Business degree with a focus on e-business and marketing from Texas Christian University and, later, her associate of applied science at Le Cordon Bleu.

Cheryl’s path started far away from the restaurant industry, starting with a five-year stint at Accenture, serving as a strategic consultant for the firm. From there, she honed her project management skills at TXU Energy where she was a technical services and delivery manager. During her two years at TXU Energy, Cheryl managed processes, procedures and support processes for multiple IT system environments and the entire System Development Lifecycle for new business requirements.  She further advanced in her career with a move to Quorum Business Solutions where she was, among other things, project manager for a $4.5 million project.

After nine years learning the business of business in some of the most competitive and successful companies, Cheryl threw in the tea towel for culinary school.  She enrolled in Le Cordon Bleu’s Dallas campus and graduated two years later, jumping in the event business with her considerable experience in project management and newfound knowledge of the hospitality industry.

In 2017, Cheryl teamed up with Alison Matis to launch FestEvents Group where, together, they have executed events for more than 16 large outdoor festivals that hosted up to 20,000 attendees. Soon after, the two created FestEvents Foundation that has raised more than $40,000 for the Chefs of Tomorrow Culinary and Hospitality Scholarship Program. They also created Staff Meal, a program operated through FestEvents Foundation, which served more than 50,000 meals to hospitality workers during  COVID-19 shut downs and during  Winter Storm Uri.

Cheryl is a native of Lewisville, Texas.  She and her husband of 13 years have two fur babies, Paddington and Aria. She enjoys cooking, crafting, decorating for holidays.